The Humanities and Social Sciences Department held its 3rd Language Awards ceremony this week. The ceremony recognized the best performing students in our language courses, including: French, German, and Spanish. The event hosted English Language teacher, Hazzan Al Jazzaf, who shared his journey of learning the Spanish language. Dr. Manal El Kady, Dr. Angela Echeverry, and Dr. Mauricio Duarte later gave out the certificates and awarded their students for their hard efforts throughout the semester. At the event, it was announced that GUST student Tashfique Chowdhury was awarded with a one-month scholarship sponsored by the French Embassy in Kuwait, represented by Academic Attaché Benjamin Taunay, to study French in one of the universities in France. 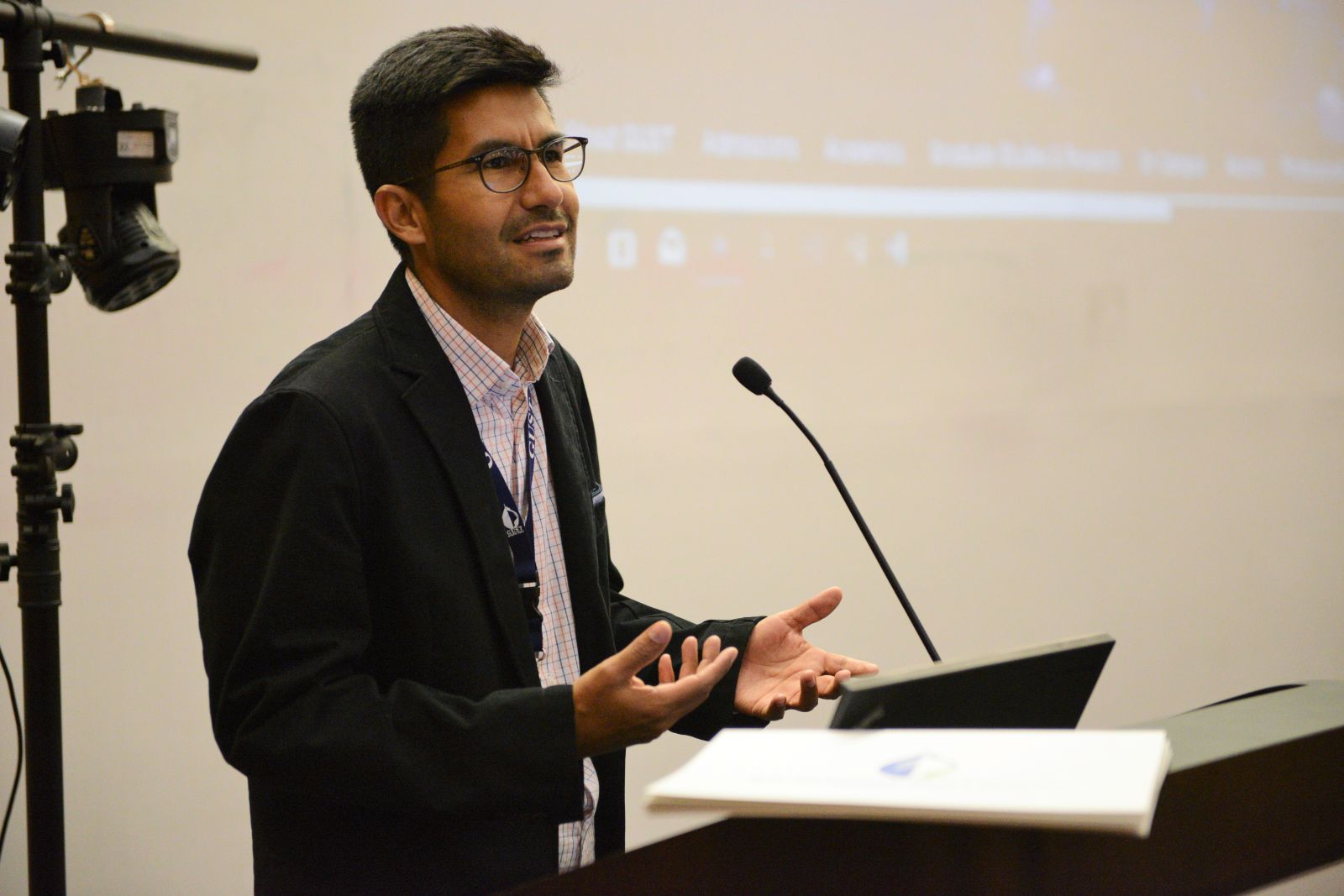 The awarded students were: 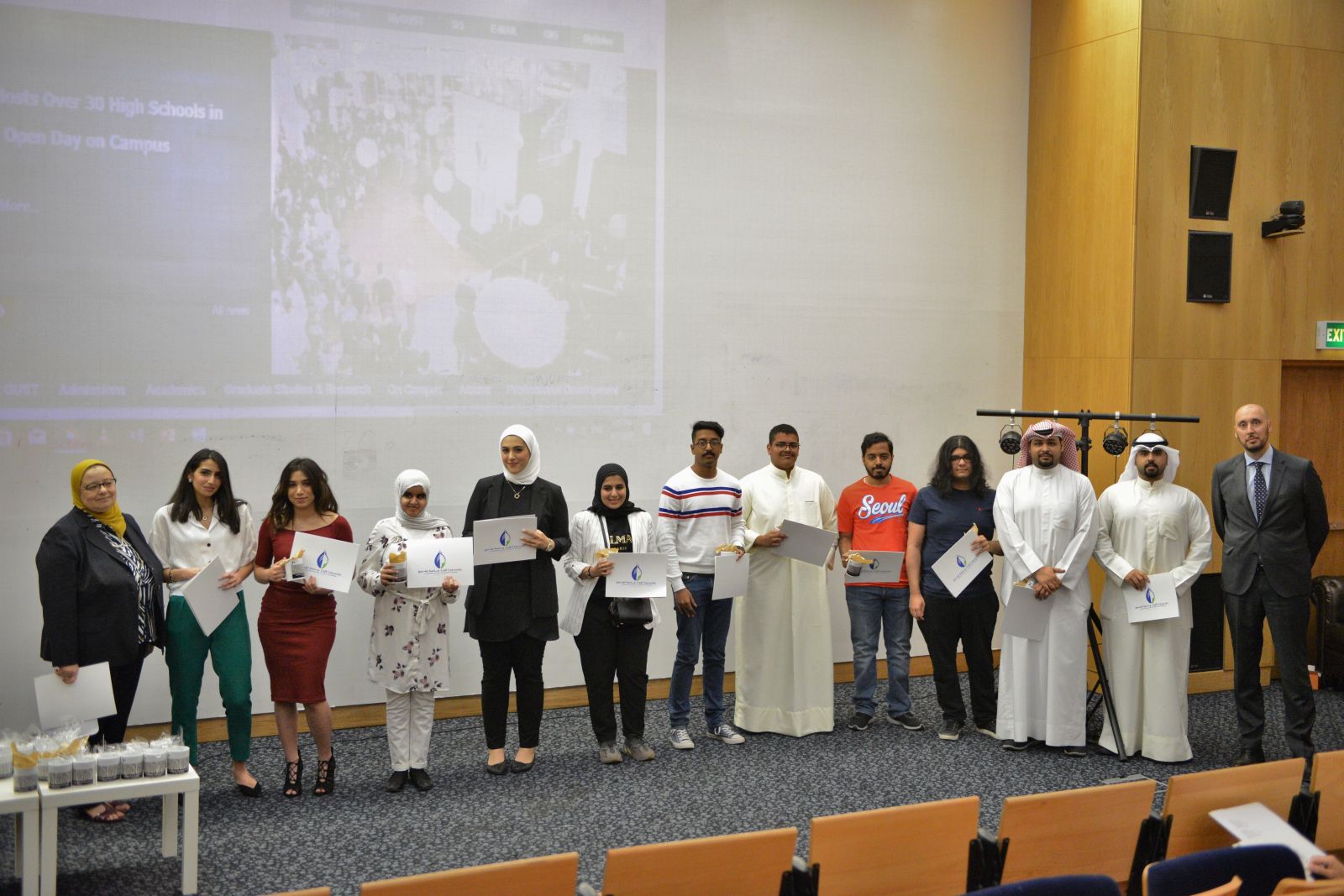 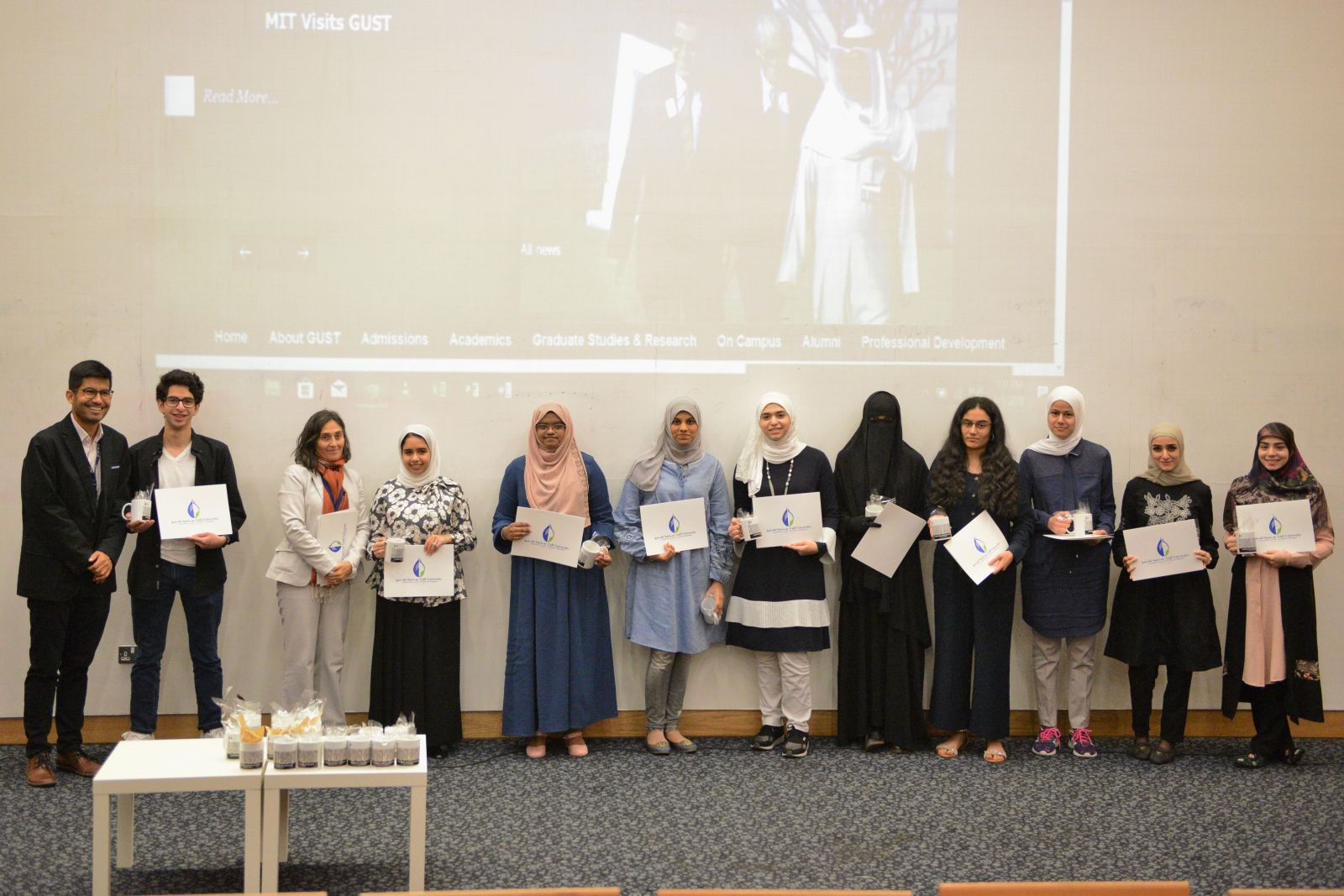 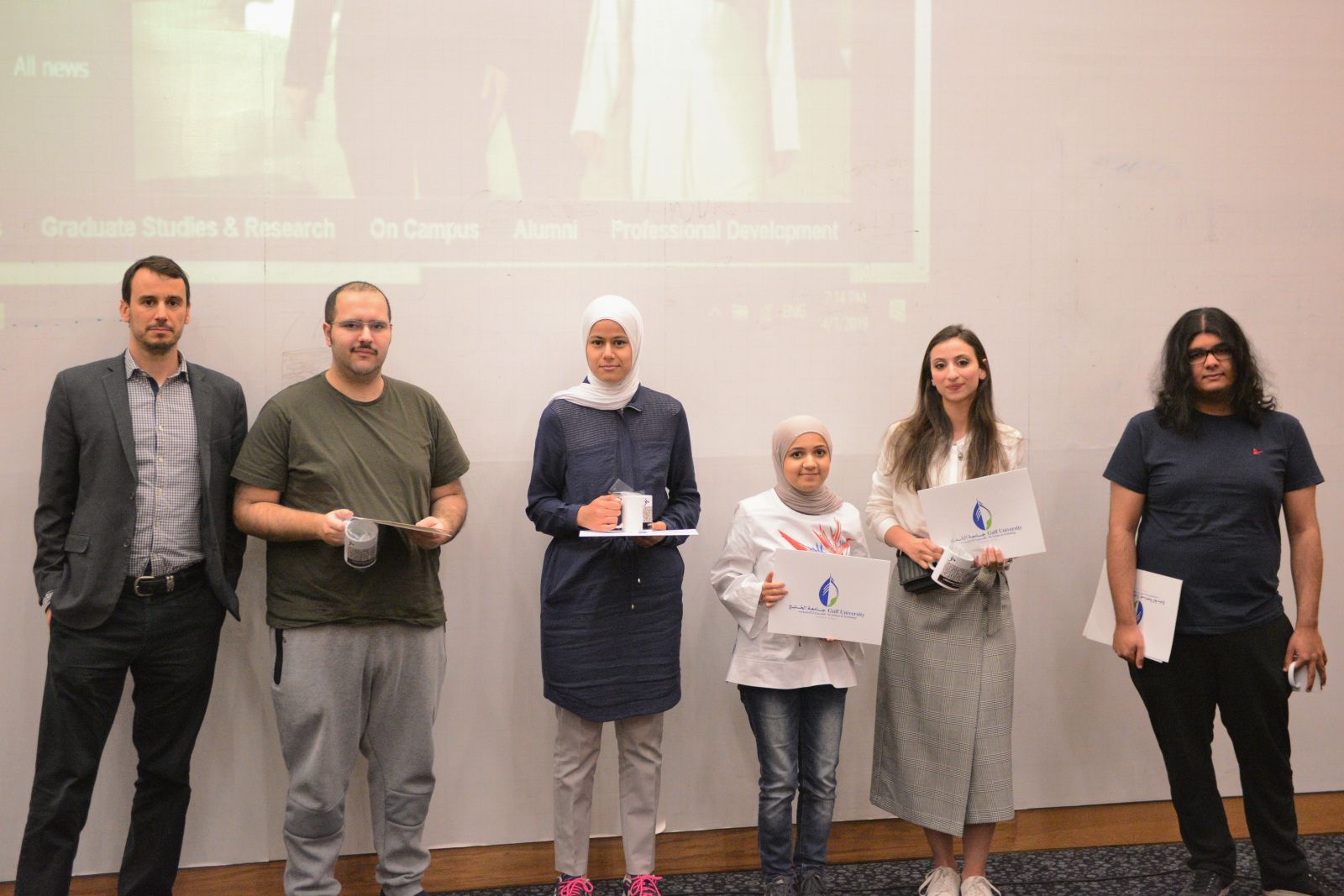 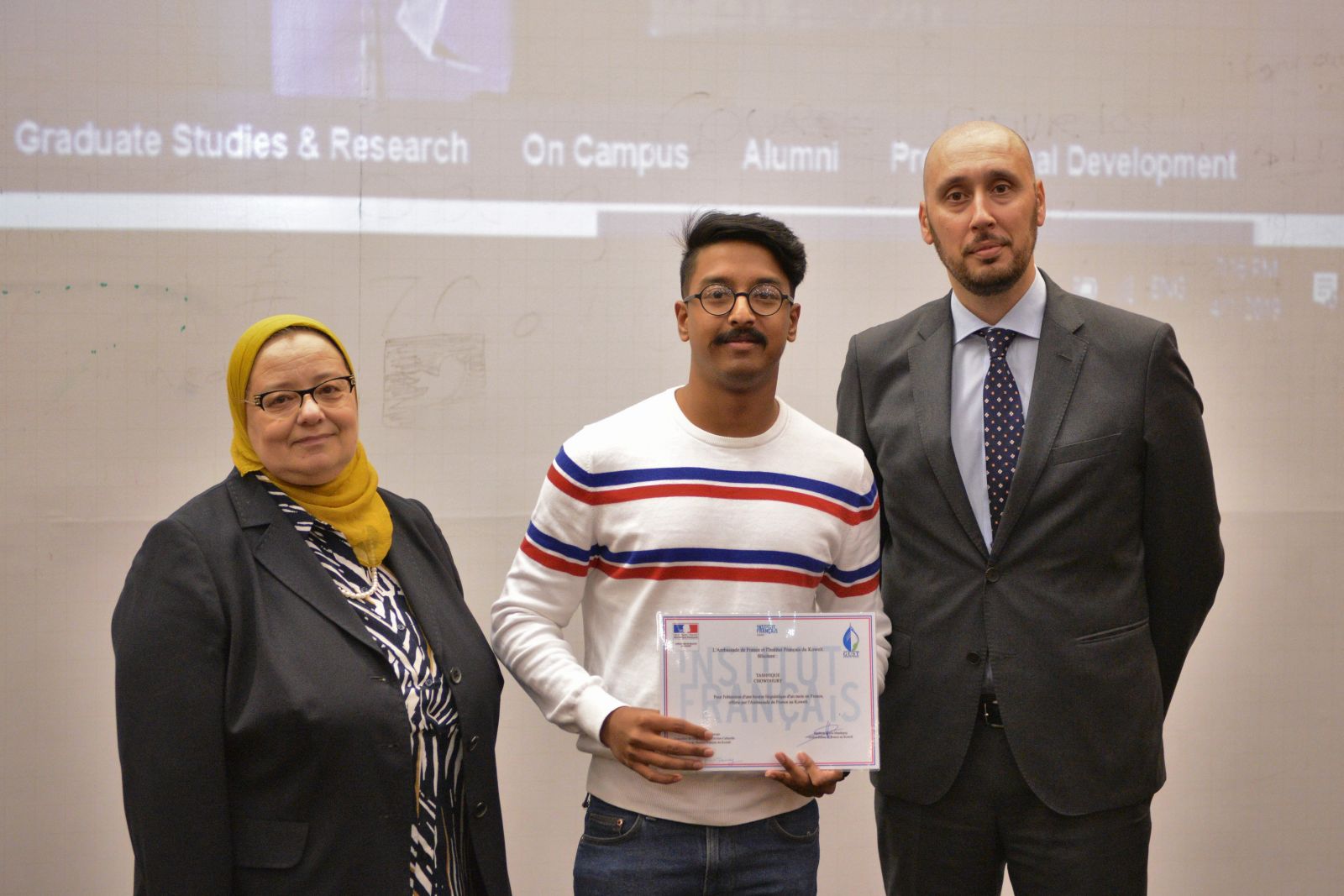 Well done and congratulations to all the students awarded in this year’s ceremony!