GUST members were part of the team that won first place in the local NASA International Space Apps Challenge. The winning team was led by GUST Computer Science Teaching Assistant, Ali Kelkawi, and included GUST CS student, Abdulwahab Al-Saleh, as well as other students and alumni from the American University of Kuwait. The competition, held in the form of a hackathon, was organized by the Center for Research in Informatics, Sciences, and Engineering (RISE) at the American University of Kuwait (AUK) in collaboration with Kuwait Projects Company (KIPCO) earlier this month, and saw a total of 12 teams participating. 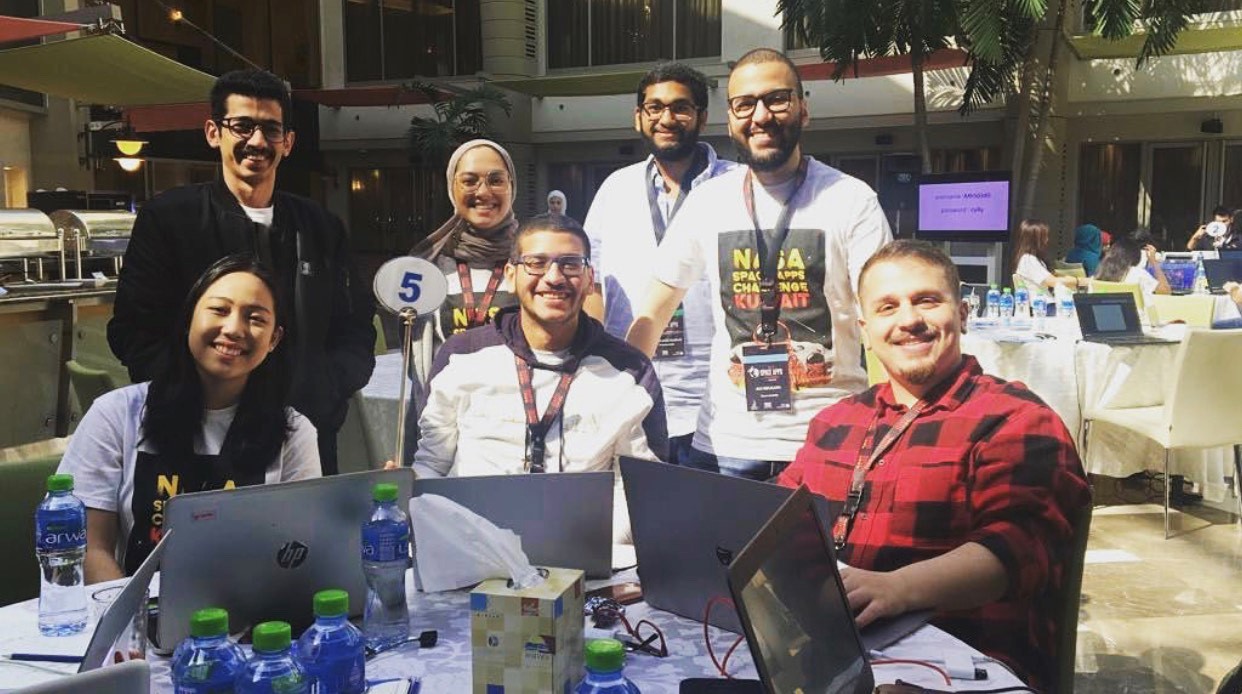 The winning team’s project was a multi-tier application called Oxylus, which allows communities at risk of a wildfire to support and help each other, as well as to coordinate more smoothly with rescue services. The mobile application is also able to safely direct and navigate users away from danger zones to safe areas. A prediction model was also developed to predict fires based on a location’s given features, to be able to better allocate resources to areas at risk.

Dr. Mahmoud Elish, Head of the Computer Science Department, said, “This achievement makes me proud, and justifies the challenges and tests we set in our syllabi.  It is also a testament to the calibre of students we have, and to the high level of dedication, quick thinking, and creativity they harness to solve actual real-world problems.  I congratulate them on such a great achievement, and wish them the best of luck in 2020!”

Kelkawi and Al-Saleh were recognized by the GUST management, led by Dr. Fahed Al-Sumait, Vice President of Academic Affairs. 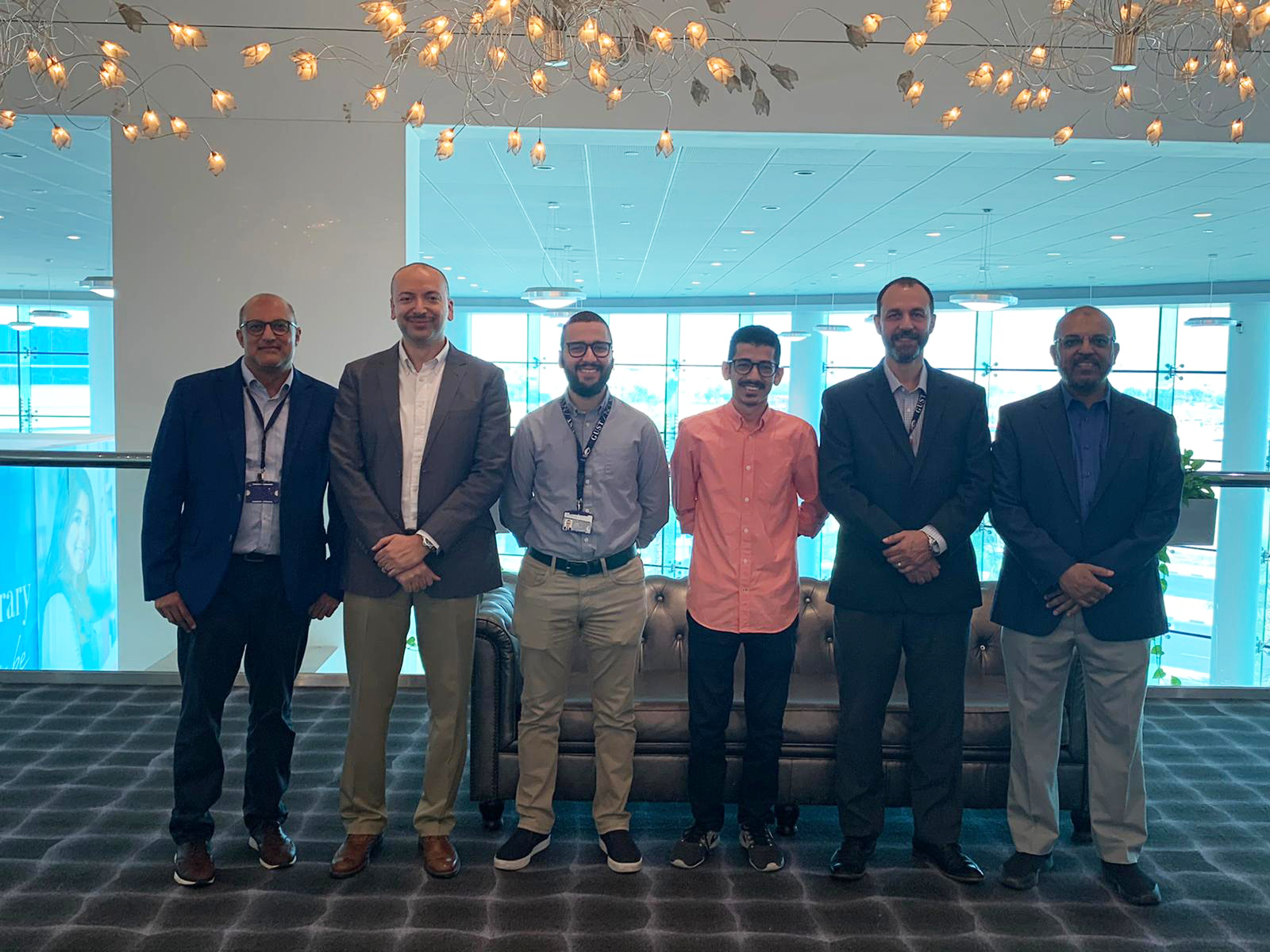 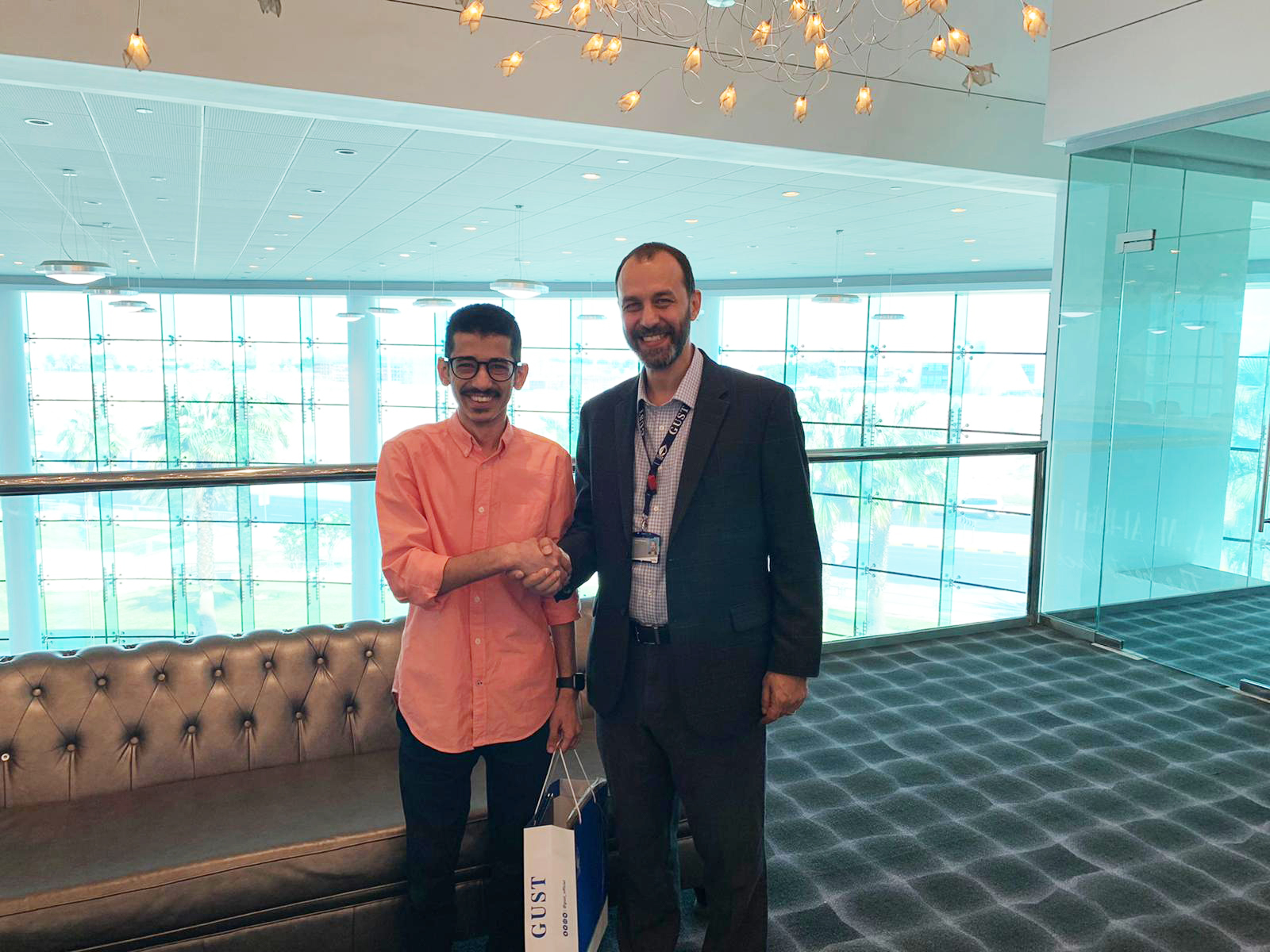 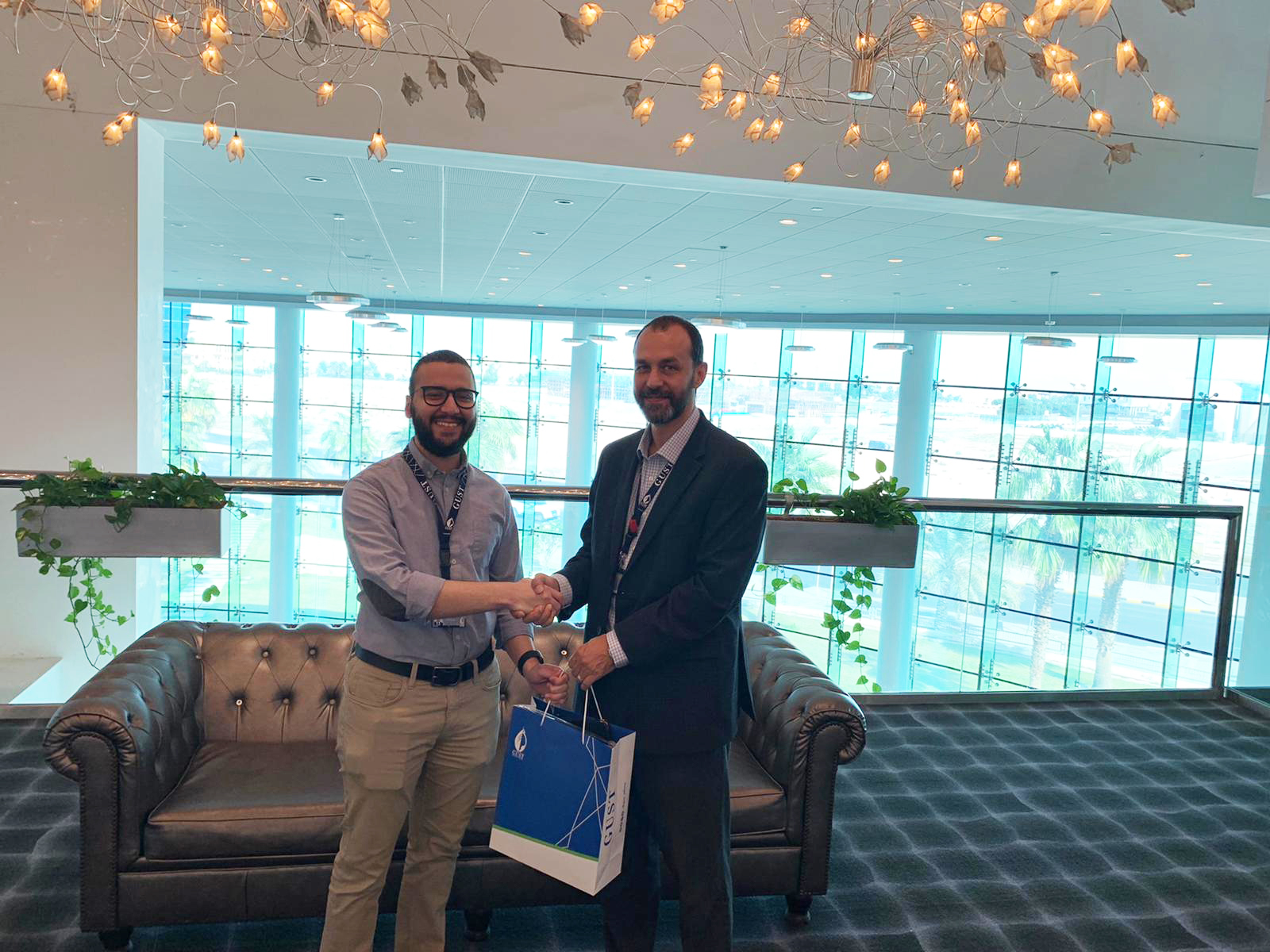 The NASA International Space Apps Challenge is one of the world’s largest global hackathons, held locally in separate locations. On one weekend each year, a 48-hour sprint is held in which participants hack solutions to challenges that NASA proposes, creating games, smartphone and computer apps, videos, teaching tools and much more within the theme of Earth and space. Each local competition nominates two teams to compete in the global finals, where NASA experts choose the global challenge winners. With this win, the team will be submitting their project to the global finals, the results of which will be released in January 2020.

GUST has continued to excel in Computer Science, with its students claiming 3rdplace at the 2019 Kuwait Collegiate Programming Competition last month, a competition in which GUST has always ranked among the top 3 positions over the last few years. Our teams have also won the Gulf Region Champions Award at Arab Collegiate Programming Contest in 2017, ranked first place at the Gulf Programming Contest 2017, and fifth place at the Annual Carnegie Melon University Hackathon in Qatar in 2017. Moreover, two GUST teams won the Best Project Award and the Most Creative Project Idea Award at the 2nd GCC Students & Young Professionals Congress in 2019, which was part of the 10th IEEE-GCC Conference & Exhibition. In light of all these achievements, the university launched a scholarship specifically for the Computer Science program to encourage high school graduates to enter this ever more important field. 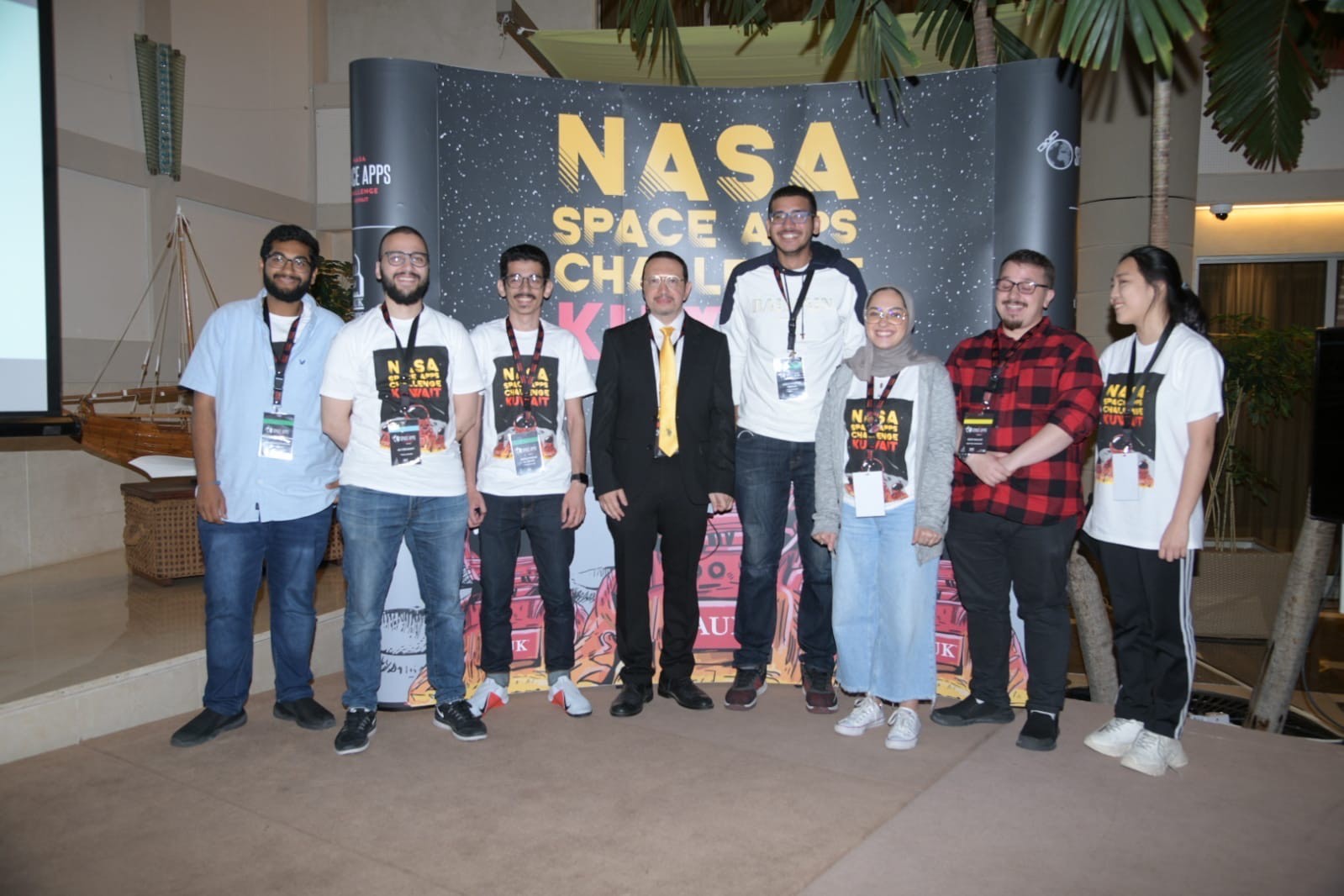