The Department of Mathematics & Natural Sciences in the Gulf University for Science & Technology (GUST) hosted its first conference in the area of applied mathematics.  The conference referred to as the Gulf International Conference on Applied Mathematics 2013 (GICAM’13) was based on three major themes of interest, these included Mathematical Biology, Computational Science and Applications of mathematics. 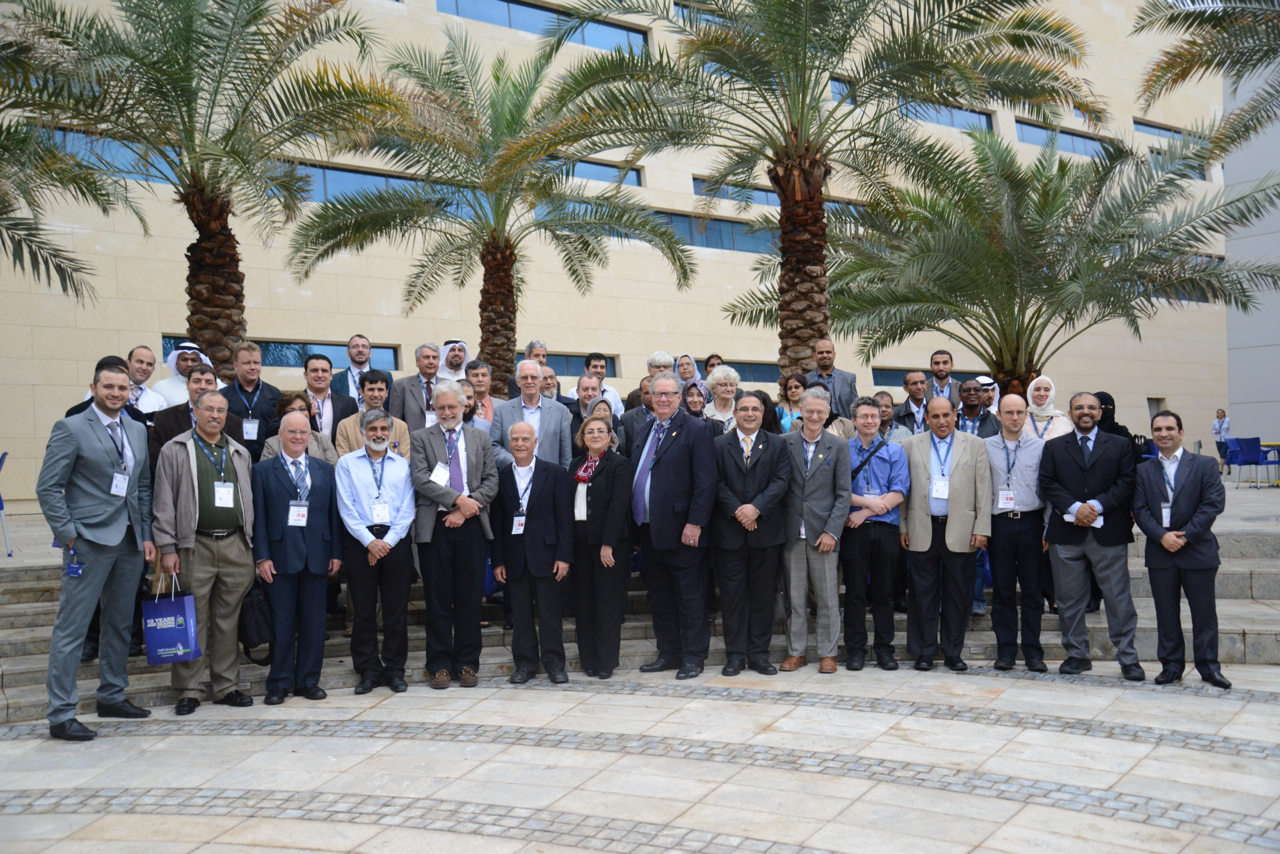 The area of Mathematical Biology a relatively new field in applied mathematics has become a very active field in aiding the science of biological processes.  To promote research in the Gulf region this theme was specifically chosen.  The keynote speaker for this theme was Professor Philip Maini, the Director of the Wolfson Centre for Mathematical Biology at the Mathematical Institute, University of Oxford, UK.  Professor Maini talked about some of his work in cell biology and its relationship with cancer.  The Wolfson Centre has managed to create an ideal environment for doing research in mathematical biology, where scientists working in all areas related to biology work closely with mathematicians to solve some of the world’s most urgent and critical problems related to life systems.  The marriage of experimentalists and theoreticians at the centre is one of its key successes, where the two validate each other’s results without wasting any time, thus making the search for answers as efficient and effective as possible. 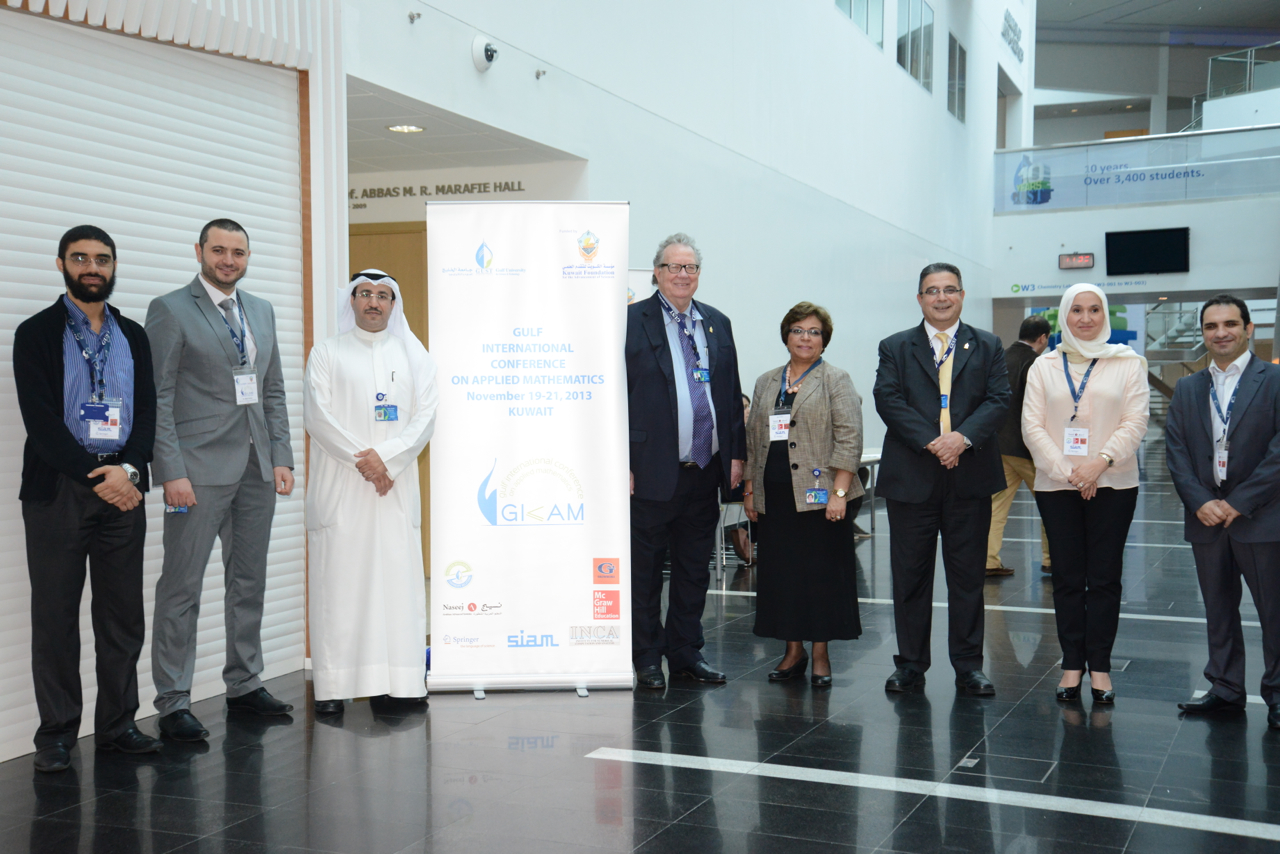 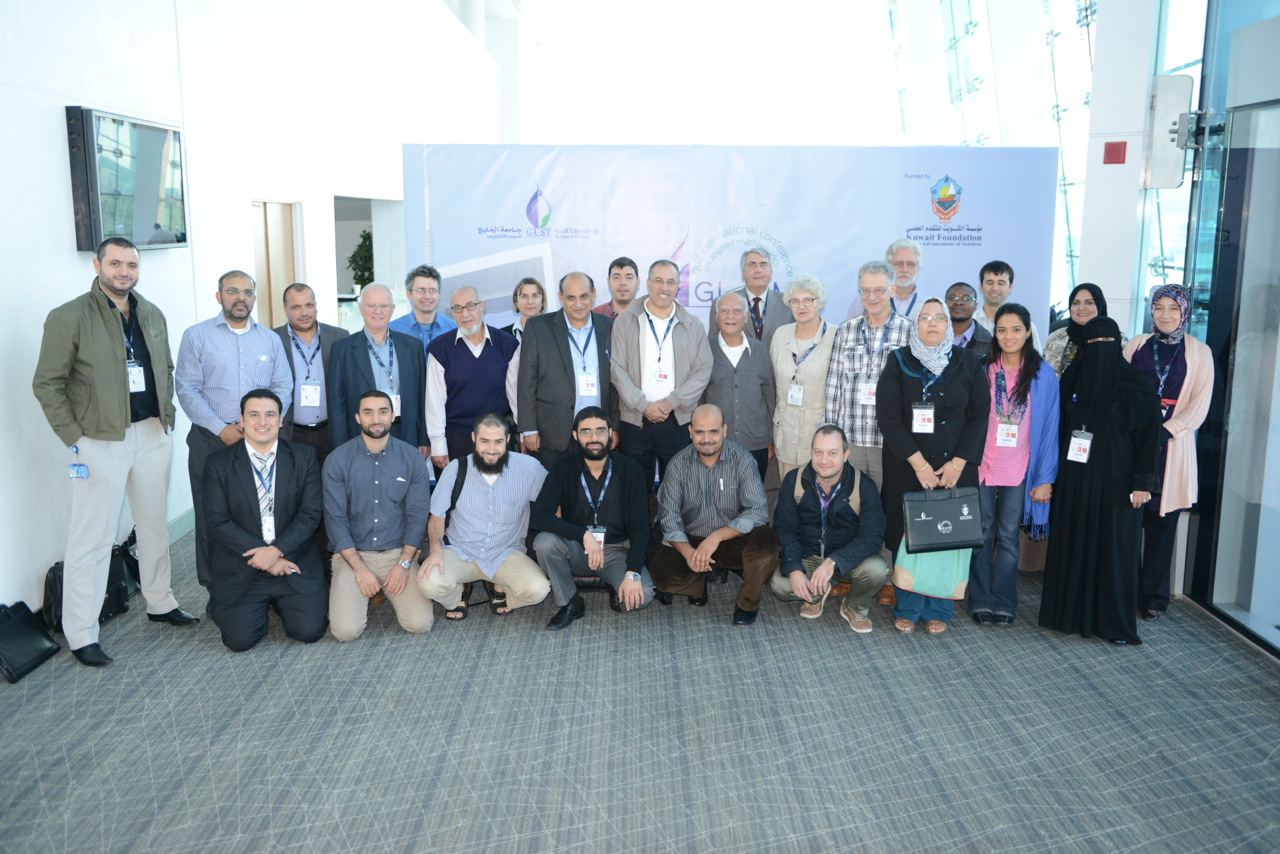 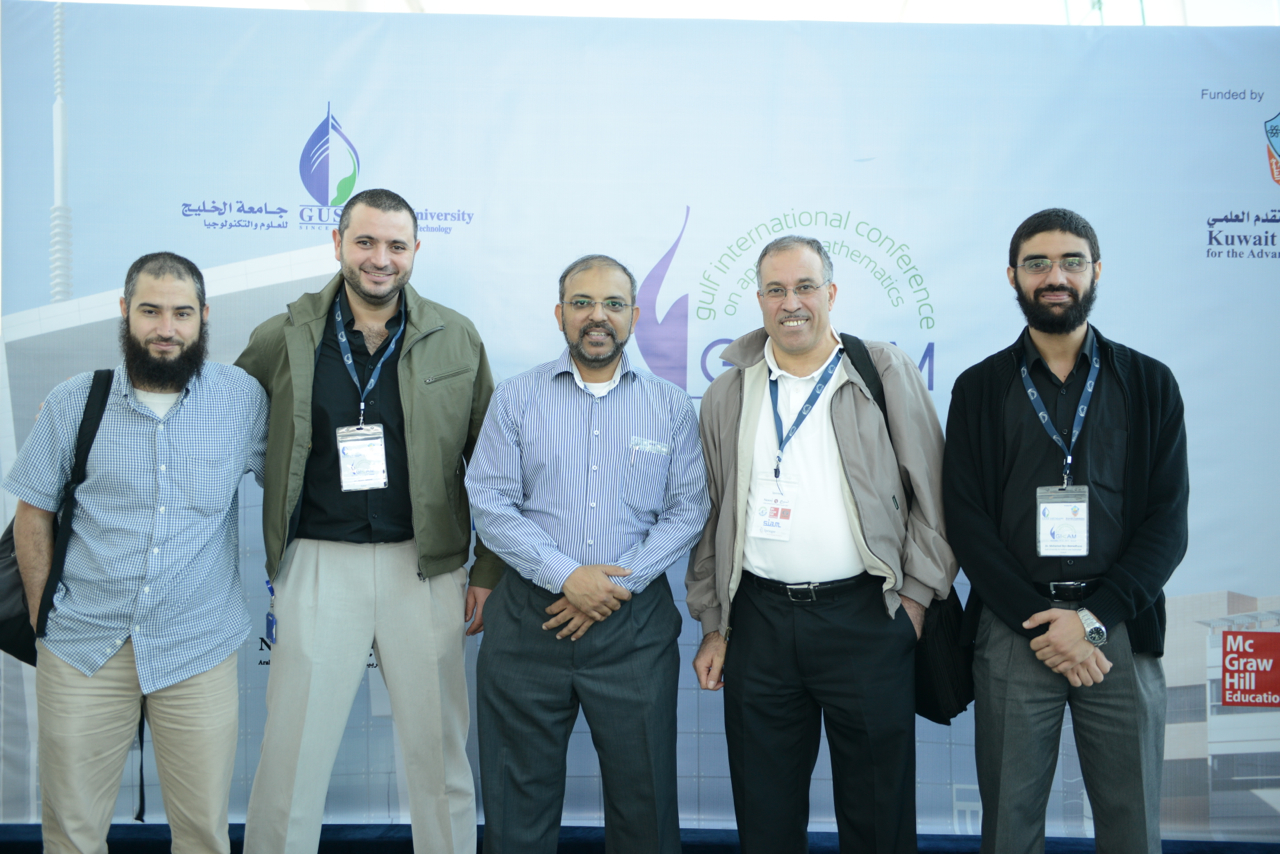 Another one of the themes was computational science, one of the best known areas in mathematical research.  Basically, when problems become too difficult to solve using pen and paper we need to resort to computers, sometimes it is not just the complexity of the problems but their scale.  In any case computers are designed to compute and their computational power is put to the test when solving extremely challenging problems like weather prediction, ocean dynamics, scheduling problems, fluid mechanics and the list is endless.  The keynote speaker for this theme was Professor Grigorii Shishkin the inventor of the Shishkin mesh.  Professor Shishkin’s work on a certain class of mathematical problems lead to the development and creation of his mesh, which has aided in solving literally hundreds of unsolved problems in the areas of fluid mechanics, mathematics of finance and general modeling problems in various fields.

The third theme was more general applications of mathematics and this included talks in statistics, engineering, finance, scheduling, inventory control and many other areas.  The keynote for this theme was Professor Ali Nayfeh, an Engineer, scientist and mathematician well known in the mathematics community for his famous book on perturbation methods; Professor Nayfeh presented his latest sensor device that he is developing for measuring the amount of bacteria in the human body at a particular location.  The talk reflected how mathematical modelling can lead to the actual development of an electronic sensor to detect biological phenomenon. 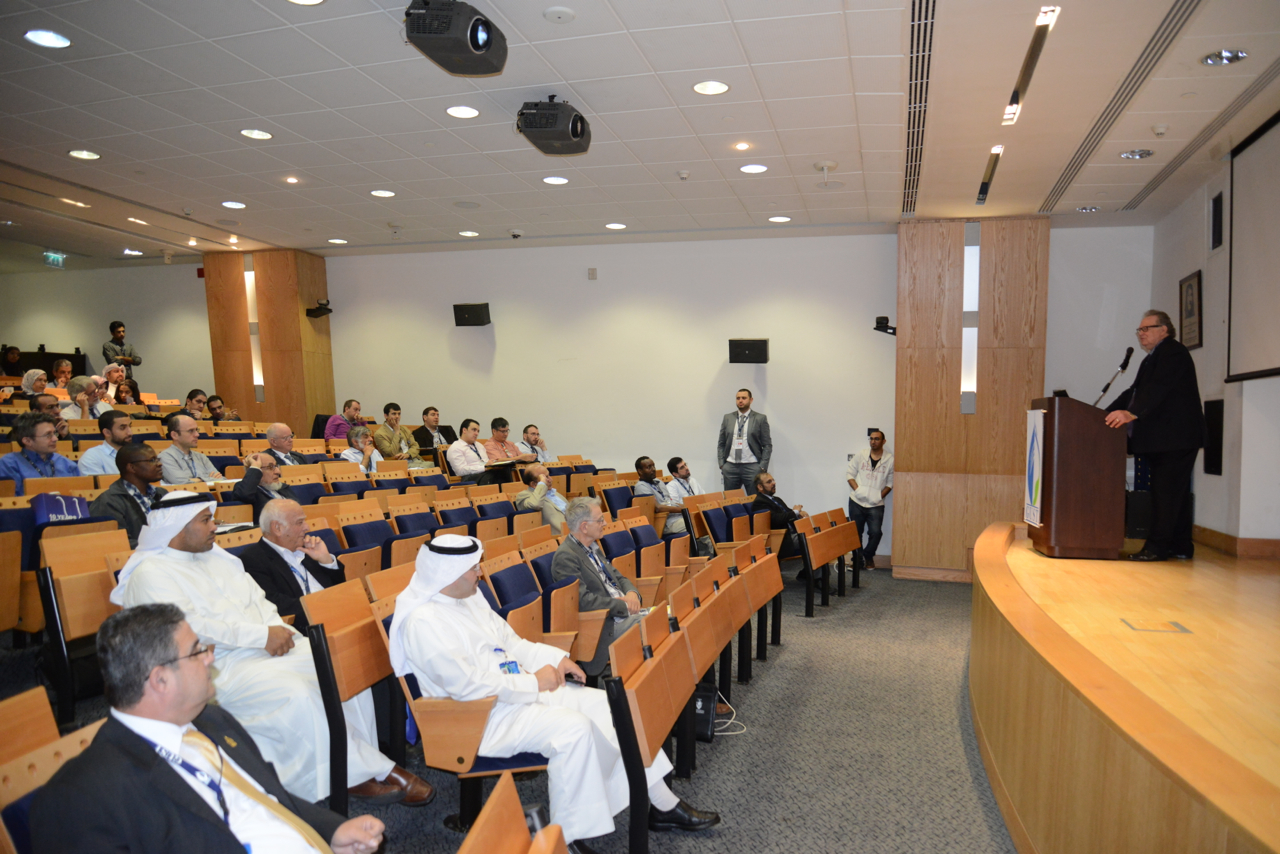 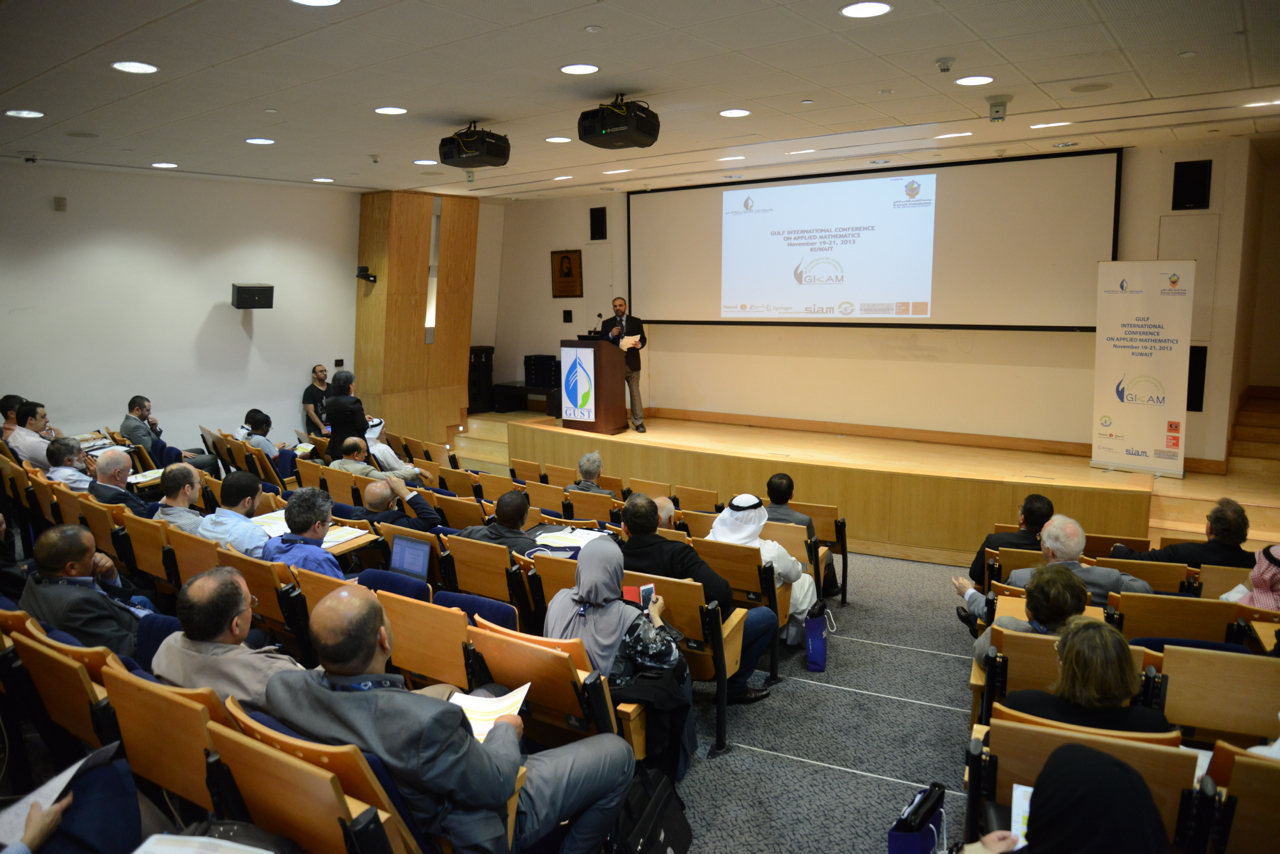 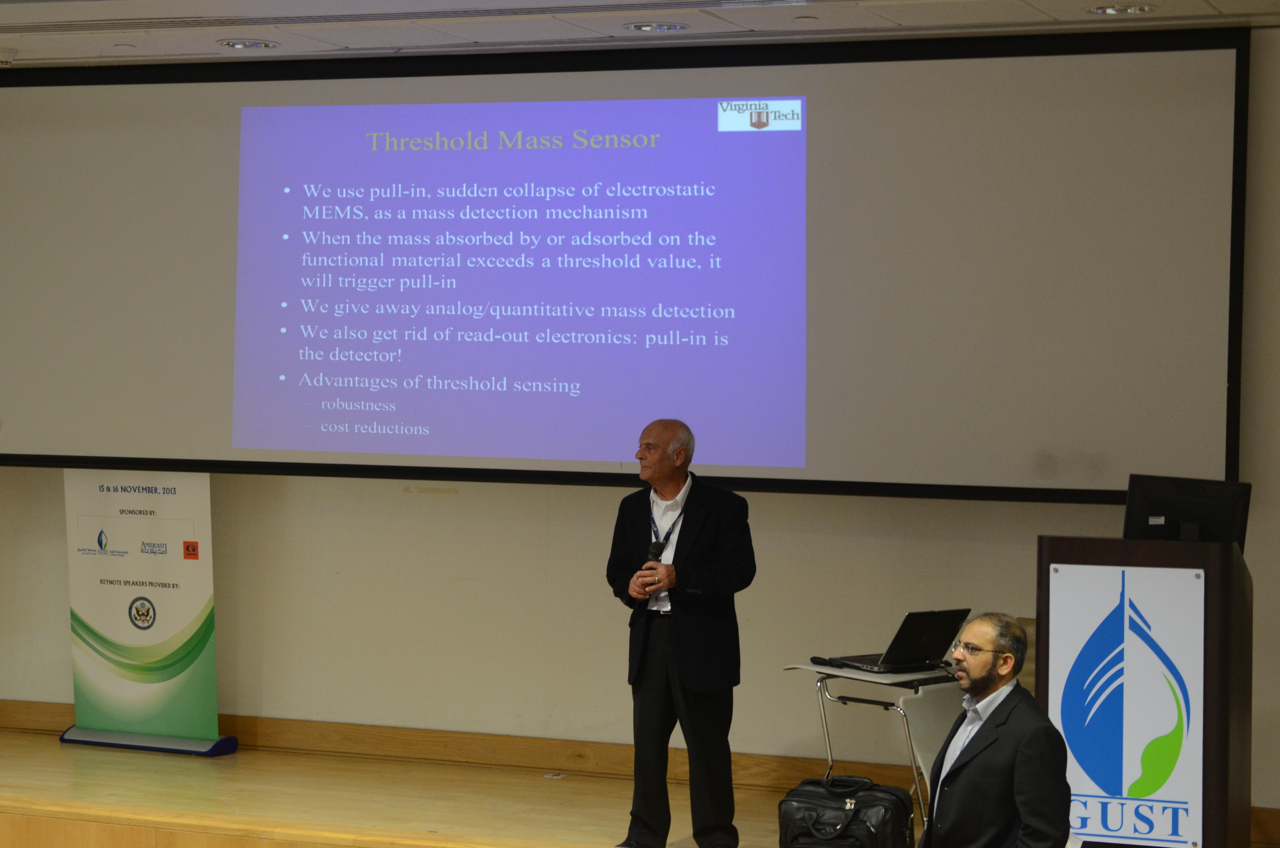 The conference attracted over 130 abstract submissions and close to 50 participants from various parts of the world including the Middle East, the Gulf, USA, UK, Poland, Italy, South Africa, New Zealand, Russia, Turkey & Malaysia.  The conference was an attempt to encourage research in applied mathematics in the region and to build links with many researchers and labs from all over the world in order to exchange ideas and to collaborate in projects.

The conference was organized in cooperation with the Society for Industrial & Applied Mathematics (SIAM), based in the USA.  The conference was financially supported by Kuwait Foundation for Advancement of sciences (KFAS), GUST, Growmore, Naseej, Springer and INCA.  Without their support this conference would not have been possible. Therefore many thanks to our sponsors and also to the Department of Mathematics & Natural Sciences at GUST and finally, the conference organizing committee.

The Math and Natural Science department organized a Farwell on January 25th, 2021 for Dr. Mudassar and the previous administrative assistant Rizwana after the departmental meeting. Few faculty members had joined the Farwell on campus to have their goodbyes for the leaving members. The Math and Natural Sciences department thanks Dr. Mudassar and Rizwana for their support and goodwill that they have shown over the years, it was an honor working with them, as they also wish them the best of luck in their future.